The Life and Happenings of the Apostle John

·       John had an earnest heart of compassion for the children of God to know their Father
And these things we write to you that your joy may continue to be fulfilling.
1 John 1:4
·       The Apostle John had a close, personal relationship with Jesus and his writings reflect this. More than any other writer, John portrays the relationship of God the Father and us as His children
Behold what manner of love the Father has bestowed on us, that we should be called children of God!
1 John 3:1 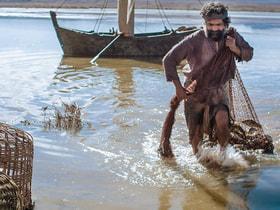 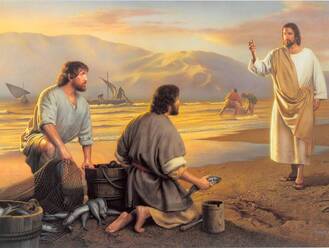 Jesus calls John and James
​·       Most likely a disciple of John the Baptist When Jesus asked John and James to follow Him, this wasn’t the first time they had heard or met Jesus 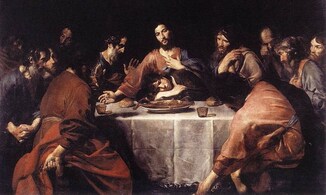 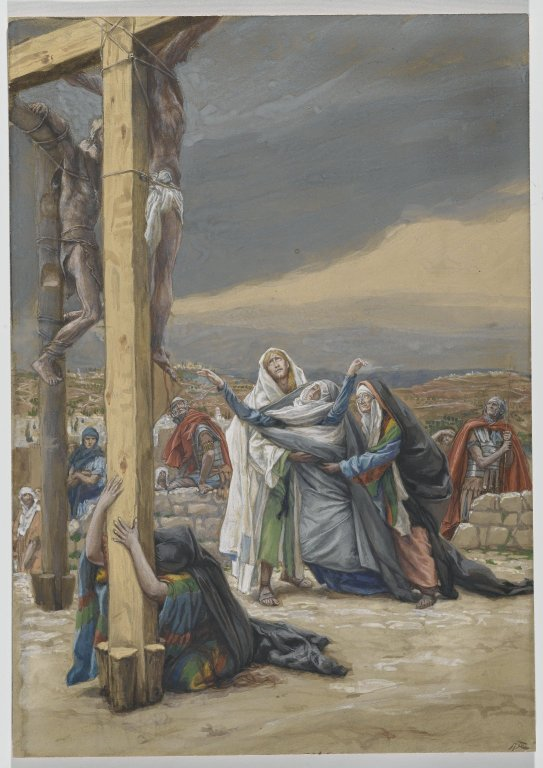 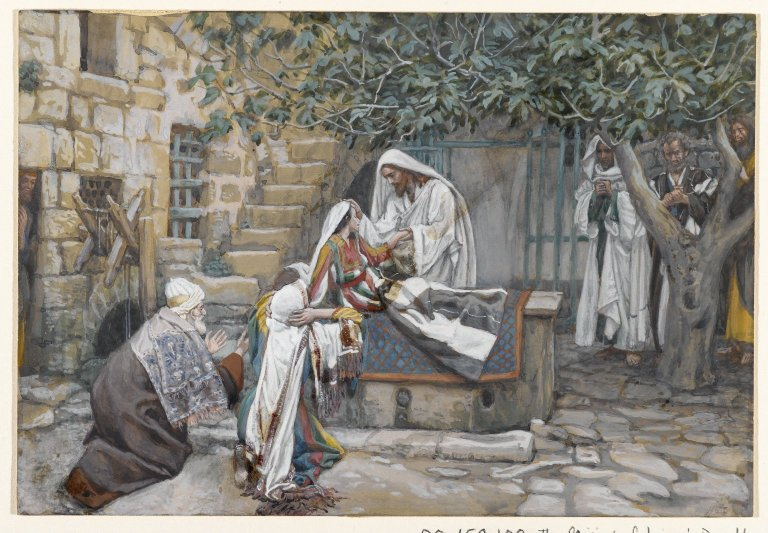 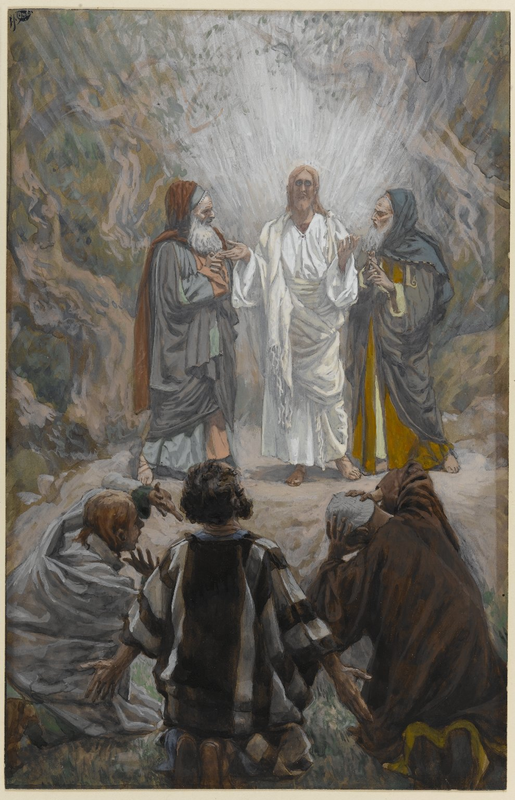 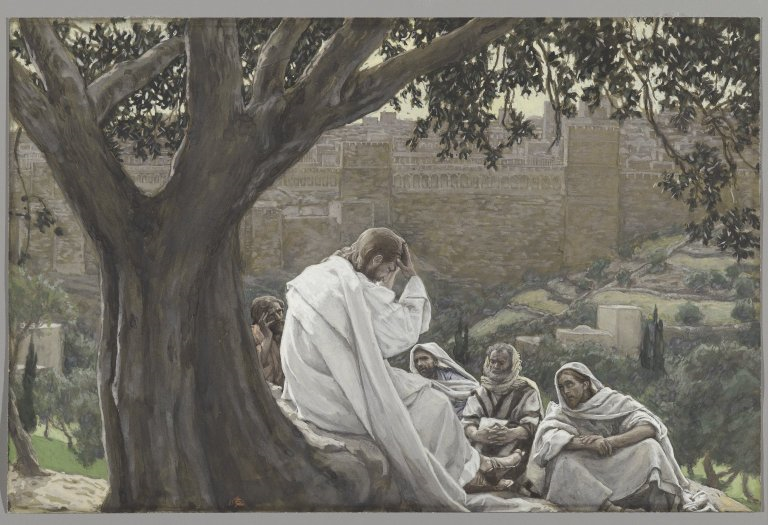 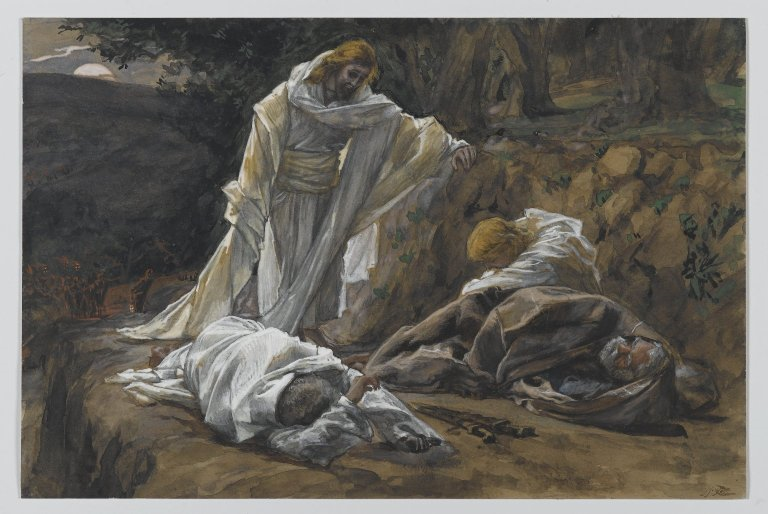 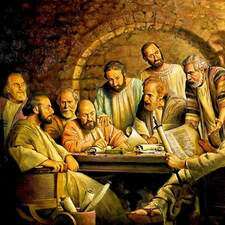 The Jerusalem Council 50AD
·       After the resurrection and ascension of Jesus, John resides in Jerusalem proclaiming the Gospel, Acts 3:11, 4:13. 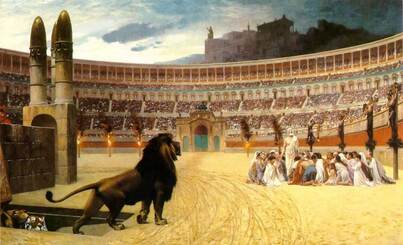 Nero's Circus and Christian Martyrs
·       Great persecution and famine in Jerusalem I. [1] SUCH was the condition of things among the Jews, but the holy Apostles and disciples of our Saviour were scattered throughout the whole world. [2] Thomas, as tradition relates, obtained by lot Parthia, Andrew Scythia, John Asia (and he stayed there and died in Ephesus),
John was not in Ephesus before 63AD because Paul would have mentioned him living in Ephesus in his letter to             Timothy, 2Tim 4:9-19. John 21:20–22-20 Then Peter, turning around, saw the disciple whom Jesus loved following, who also had leaned on His breast at the supper, … 21 … said to Jesus, “But Lord, what about this man?” 22 Jesus said to him, “If I will that he remain till I come, what is that to you? You follow Me.” 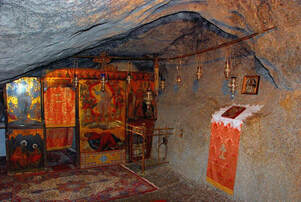 The Cave at Patmos

The Writings of the Apostle John 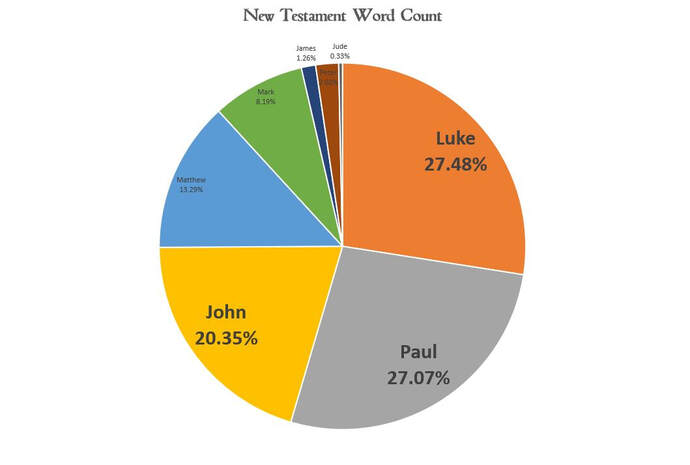 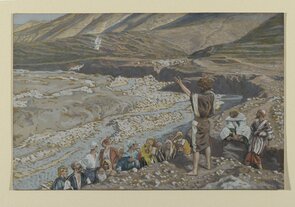 Behold the Lamb of God!
John 1:29- The next day John saw Jesus coming toward him, and said, “Behold! The Lamb of God who takes away the sin of the world! ( John 1:36)
Revelation 5:6- And I looked, and behold, in the midst of the throne and of the four living creatures, and in the midst of the elders, stood a Lamb as though it had been slain …
Revelation 5:8–13-8 … and the twenty-four elders fell down before the Lamb, …12 saying with a loud voice: “Worthy is the Lamb who was slain To receive power and riches and wisdom, And strength and honor and glory and blessing!” 13 …I heard saying: “Blessing and honor and glory and power Be to Him who sits on the throne, And to the Lamb, forever and ever!”
The Word
​John 1:1- In the beginning was the Word, and the Word was with God, and the Word was God.
Revelation 19:13- He was clothed with a robe dipped in blood, and His name is called The Word of God.
1 John 5:7- For there are three that bear witness in heaven: the Father, the Word, and the Holy Spirit; and these three are one.
The Great I AM- יהוה 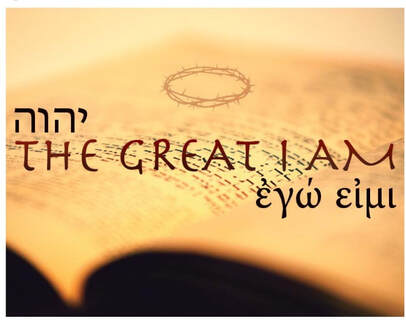 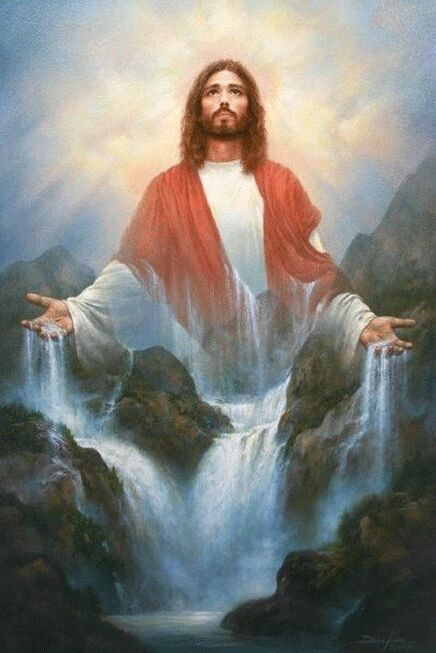 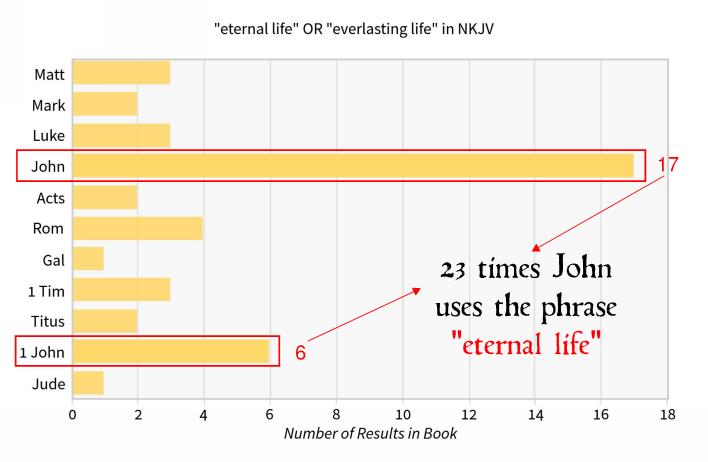 Jesus Sent from the Father
John 6:40- And this is the will of Him who sent Me, that everyone who sees the Son and believes in Him may have everlasting life; and I will raise him up at the last day.”
John 7:28–29- Then Jesus cried out, as He taught in the temple, saying, “You both know Me, and you know where I am from; and I have not come of Myself, but He who sent Me is true, whom you do not know. 29 But I know Him, for I am from Him, and He sent Me.”
John 8:23- And He said to them, “You are from beneath; I am from above. You are of this world; I am not of this world.
John 8:42- Jesus said to them, “If God were your Father, you would love Me, for I proceeded forth and came from God; nor have I come of Myself, but He sent Me.
Unique to the Gospel of John 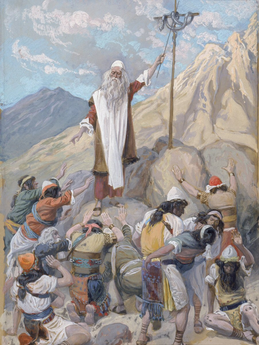 The Bronze Serpent
Water into wine at the wedding at Cana, Jn 2:1
Nicodemus- Jn 3:1-21 The Samaritan Woman at the Well- Jn 4:3 - 44 The Pool of Bethesda- Jn 5:1 – 15
The Bread of Life- Jn 6:22-71
The adulterous woman when Jesus writes in the dirt- Jn 8:3-11
The truth shall make you free John 8:31–32, 36
Jesus heals the blind man with mud- Jn 9:1-41
The Good Shepherd- John 10:10 The relationship between the Father and Jesus
The use, namely the exclusion of the Greek article and the specific word order and placement of the Greek word Θεὸς (God) is the key. See the last statement in verse 1 below:
John 1:1- Ἐν ἀρχῇ ἦν ὁ λόγος, καὶ ὁ λόγος ἦν πρὸς τὸν Θεόν, καὶ Θεὸς ἦν ὁ λόγος.
We know that the Word (ὁ λόγος) is the subject of the verse because of the nominative case. And we understand that the Word was in the beginning and the Word was with the Father (τὸν Θεόν). When the definite article is used in conjunction with the Greek word Θεὸς, this is referring to the Father. So when the Scripture says "the Word was with God" it is specifically referring to the Father because the definite article is used with Θεόν.

However, as the verse continues, it states that Θεὸς was the λόγος. This is where it gets fun. If John would have said ὁ Θεὸς ἦν ὁ λόγος. It would mean that the Father was the Word. We know this isn't right because Jesus is the Word and the Father and the Son, even though they are One, as in they are unified, they are still two separate beings.

Therefore, the way John words this last statement is magnificent. He excludes the article in front of Θεός showing that he is not referring to the Father, but he places the Greek word Θεός at the beginning of the statement. Its emphatic position at the beginning of the statement stresses its essence or quality of being God without calling Him the Father. But if John would have placed Θεός at the end of the statement, and said ὁ λόγος ἦν Θεὸς, this would mean the Word was a god, not "the" God. By placing Θεός at the front, it stresses the emphatic position and tells the reader that this is still God not just a god, but yet He is a different person than ὁ Θεὸς.

John’s wording here is beautifully compact! It is, in fact, one of the most elegantly terse theological statements one could ever find. As Martin Luther said, the lack of the article is against Sabellianism; the word order is against Arianism.
Sabellianism states that the Father and Jesus are the same person.
Arianism states that Jesus was just a god and not the God

More that is unique to the Gospel of John
Lazarus raised from the dead- Jn 11:1-54
John always acknowledged the Passovers. This is one of the only ways to develop an accurate timeline in the harmony of the Gospels
Jesus washes the disciple’s feet at the last supper
John chapters 14 – 17 discourse- Last words of Jesus to His disciples before He is arrested
Doubting Thomas, Jn 20:24-29
Attributes of Jesus’ glorified body- walking thru walls, Jn 20:19, 26
Breakfast on the Sea of Galilee after His resurrection, Jn 21:1-24 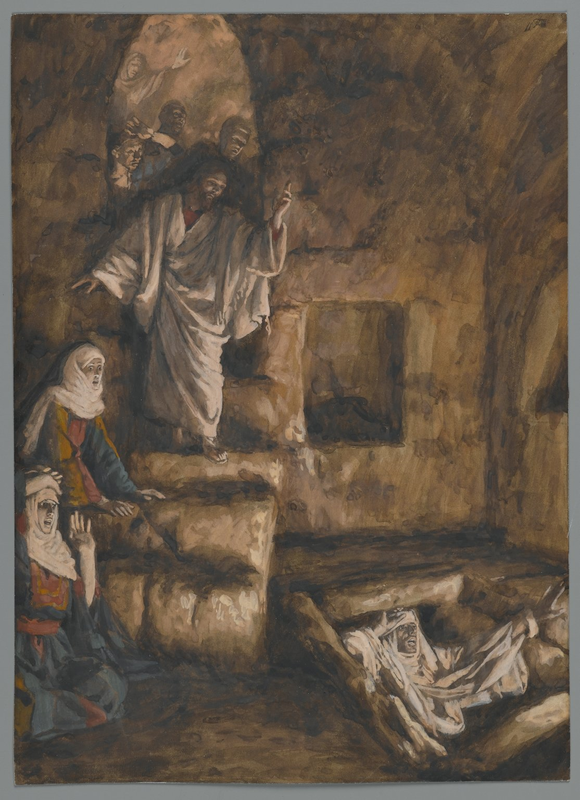 Lazarus raised from the dead 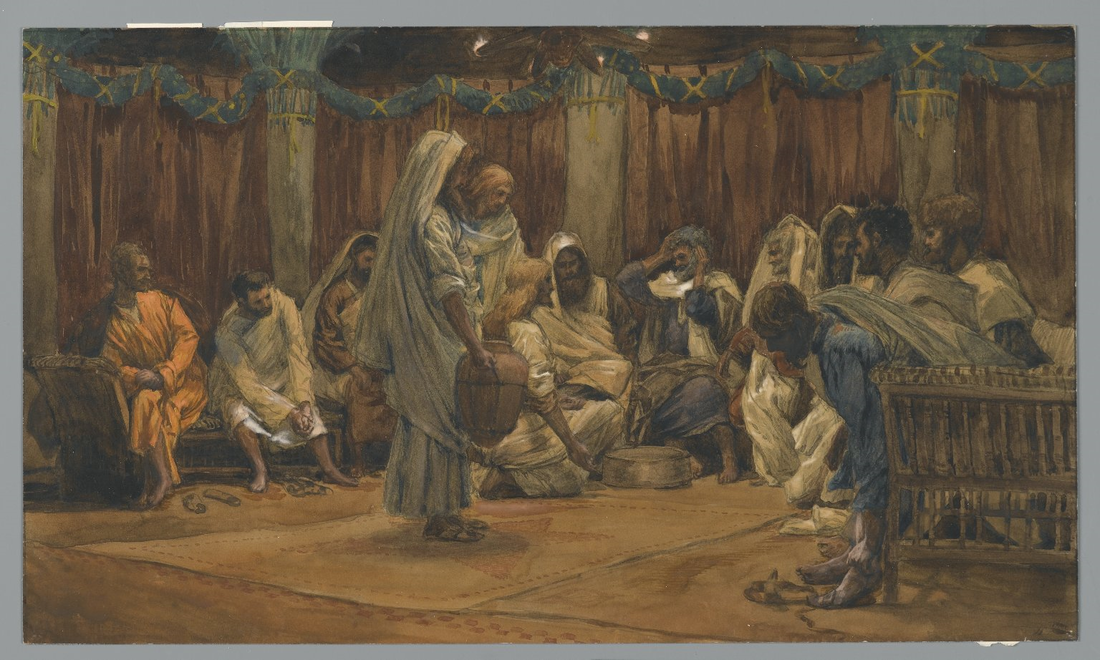 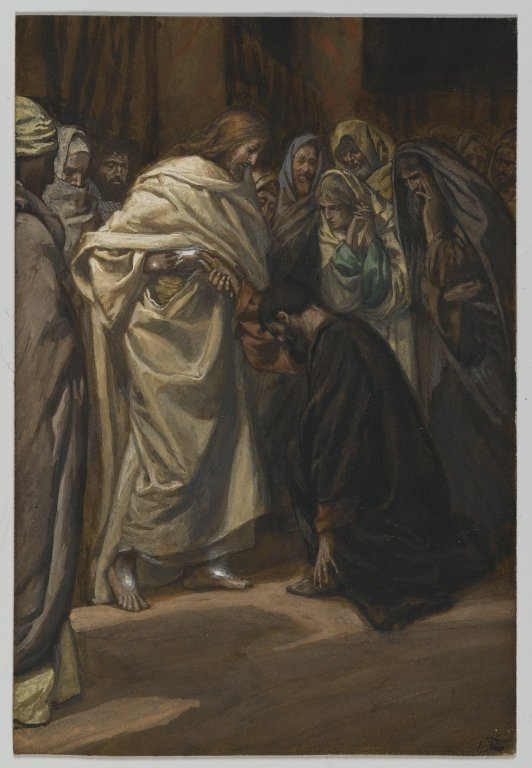 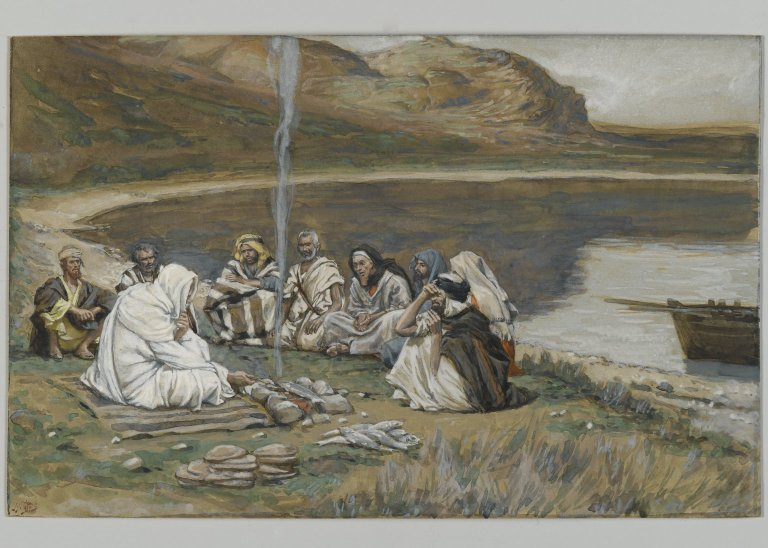 Breakfast with Jesus
The writings of John are so abundantly rich, I would encourage you to read his writings and fall in love with them as I have
Proudly powered by Weebly