Martin Luther
​The Diet of Worms

On the 16th of April, Luther entered the city of Worms. Upon the commencement of the Diet, Luther was asked to retract. Luther replied, “Wherefore, I implore you, by the mercies of God, you, most serene Emperor, and you, most illustrious princes, and all others of high or low degree, to prove to me by the writings of the prophets and the apostles that I am mistaken. As soon as this shall have been proved, I will forthwith retract all my errors, and be the first to seize my writings and cast them into the flames.”
​            Again, the orator of the Diet said again to Luther, “You have not answered the question which was put to you. You are not here to throw doubt on what has been decided by Councils. You are asked to give a clear and definite reply. Will you, or will you not retract?” Luther then replied, without hesitation, “Since your most serene Majesty, and your high Mightinesses, call upon me for a simple, clear, and definite answer, I will give it; and it is this: I cannot subject my faith either to the pope or to councils, because it is clear as day that they have often fallen into error, and even into great self-contradiction. If, then, I am not disproved by passages of Scripture, or by clear arguments; if I am not convinced by the very passages which I have quoted, and so bound in conscience to submit to the word of God, I neither can nor will retract anything, for it is not safe for a Christian to speak against his conscience.” 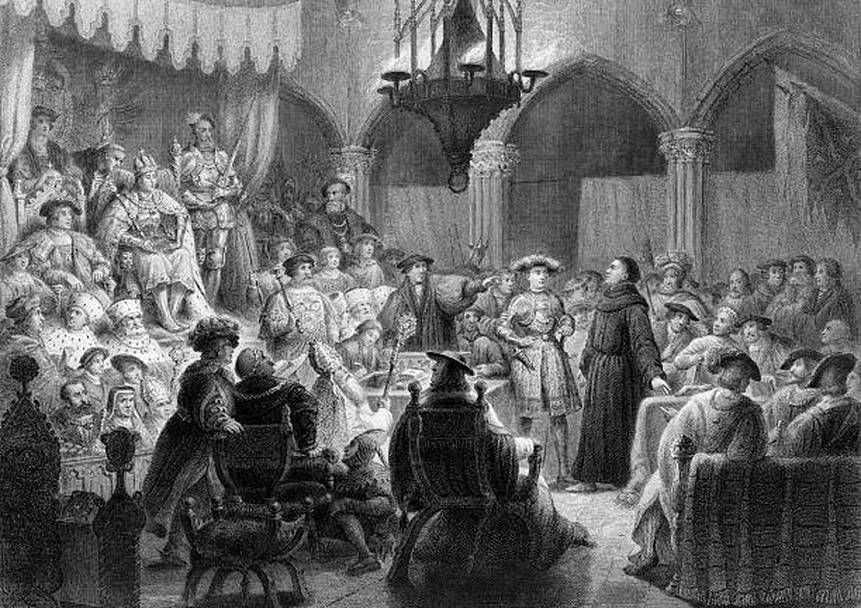 The Diet of Worms 1521
​Again and again, Roman officials demanded that Luther retract, but the Reformer refused to bend under the iron arm of the Pope. It was never officially decided who won the Diet of Worms, but it is agreed among many that the Reformation took a stand against the Church and was victorious. This day was marked in history as the day the Reformation withstood the Church and did not fall.
It was time for Luther to leave Worms, but there were many who wanted him dead. Luther retired to his carriage with twenty horsemen surrounding it. The road back to Wittemberg was a treacherous journey. They had requested a safe conduct home from the Emperor, but it was not granted. As the caravan entered the Forest of Thuringia, five men in masks jumped the carriage to overtake and capture Luther. Little did anyone know, this was a setup, a rouse, to make everyone think Luther was actually being captured.
Luther was taken to a cell within the walls of the Wartburg castle. His so-called imprisonment was organized by the Elector Fredrick to save the life of Luther. There was such an immense pressure after the Diet at Worms for Luther’s life, the Elector staged an attack, tricking everyone into thinking Luther was captured and taken to a secret place. He was instructed to grow his hair and his beard, and wear the clothing of a knight. He was to abandon the name Martin Luther, and go by Chevalier Georges. It was here in this prison cell, Luther commenced his work that would change the world, the translation of the New Testament from the original Greek into the common tongue of German. 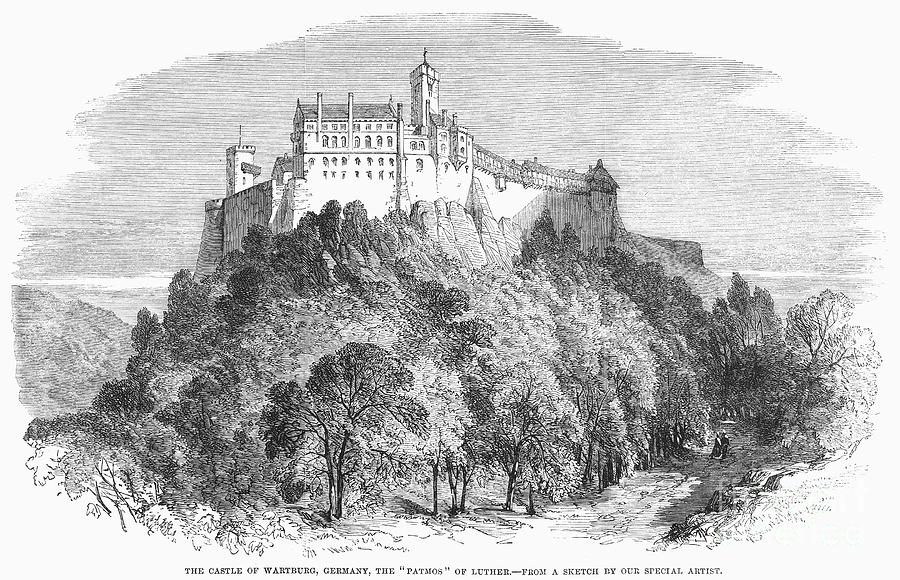 The Wartburg Castle in the Forest of Thuringia - 1521
Next Chapter...Martin Luther's German New Testament