he Matthew’s Bible became a success in England, however, the opposition of the bishops to the prologues and the anti-papal marginal notes of the Bible of 1537, resulted in yet another publication of the English Bible known as the Great Bible of 1539. This is significant because it is technically the first authorized version of the English Bible initiated and commenced by Henry VIII through his advisers, Cranmer and Cromwell. Because of its legal standing, the production of the Great Bible was led and headed by Thomas Cromwell. The vice-regent to the king chose his friend and partner in association with the first complete English Bible of 1535, Myles Coverdale. Cromwell, being backed by the crown, spared no expense. He chose to use the Matthew’s Bible of 1537 as its basis. Cromwell, through contractual agreements based on the privy-seal of the Matthew’s Bible, hired printers Grafton and Whitechurch as the publishers, and he chose Paris to be the place of publication on account of the best facilities, skillful workers, and best paper. 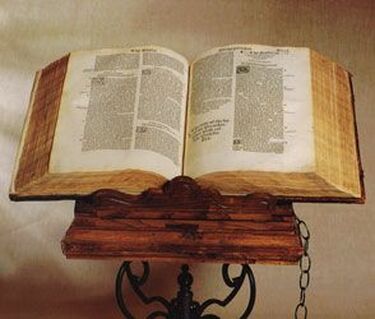 The Chained Bible
​Although this Bible was authorized by the king of England, we have to remember Henry VIII was officially excommunicated from the Catholic Church in December1538, and with the printing being outside the walls of England, Coverdale and Grafton were daily threatened by the Romish papacy as they worked. Because of the persecution and threat on the project and their lives, they were advised by Cromwell to quit France, and continue the printing in London. Thus, the printing was finished, and the Great Bible was distributed throughout England required by the king to be placed in every town and parish under certain penalties.  This Bible of 1539 is also known as the “Chained Bible”, because as it was required to be in the church, it was chained to the pulpit.
It is miraculous to see the hand of God at work in England. What was illegal under penalty of death only ten years previous, is now, under the same rule and authority of the king, required to be in every church. And what is truly exceptional is the fact that this version of the Bible is the Tyndale translation of which the great father of the English Bible gave his life. A true manifestation of William Tyndale’s prayer: 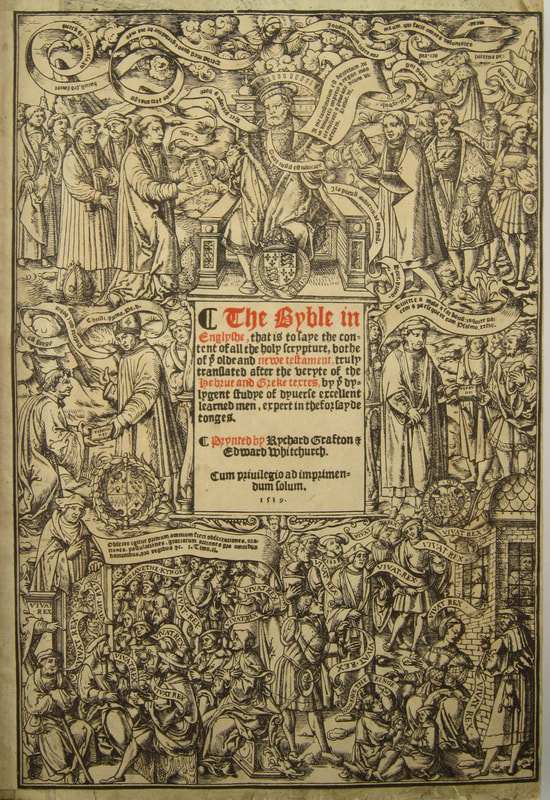 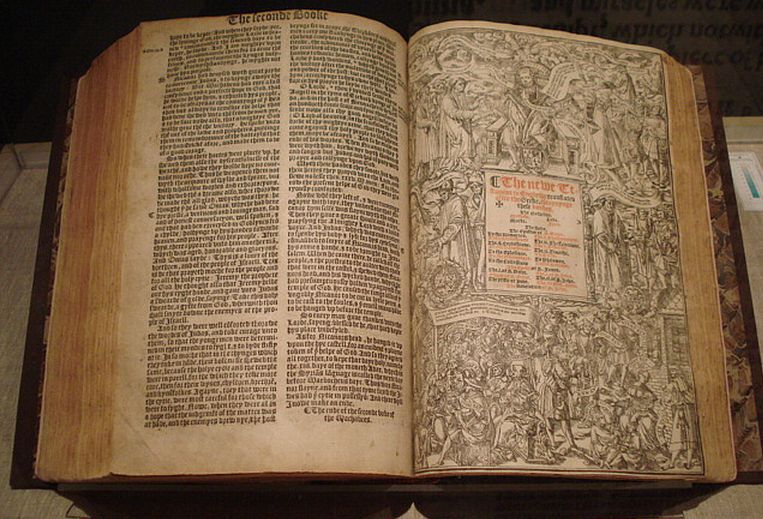 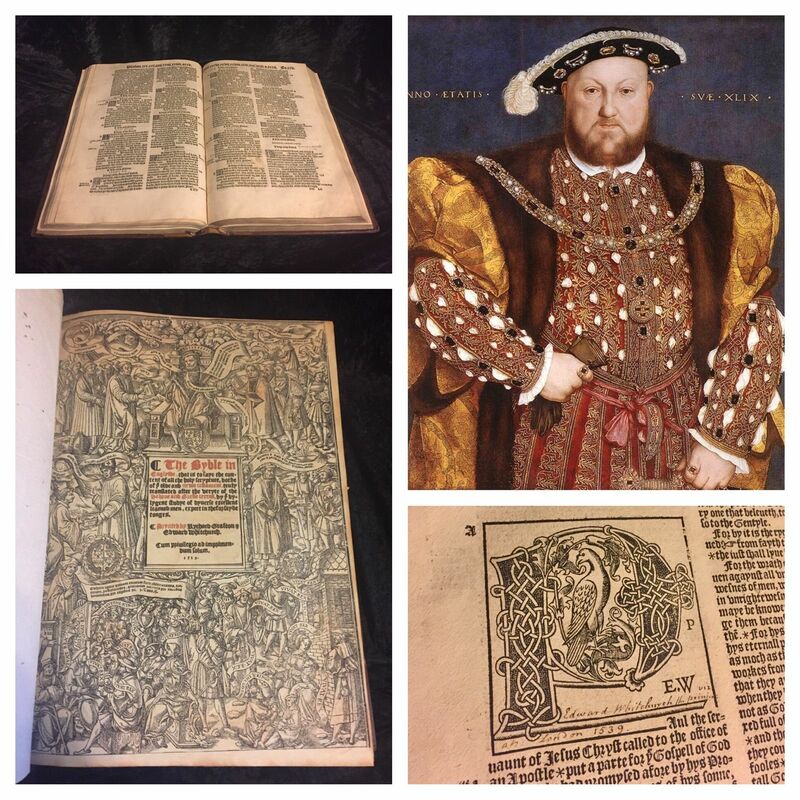