​t was in these “Dark Ages”, when the Word of Truth was being suppressed and thousands of Christians were martyred for their faithfulness in the Name of Jesus and His Word. From the midst of this darkness, God unveiled a single beam of light to shine the Truth to the world. The words of John in his first chapter are most fitting to describe the work of this early Reformer.
The Light shines in the darkness, and the darkness did not comprehend it. 6 There came a man sent from God, whose name was John. 7 He came as a witness, to testify about the Light, so that all might believe through him. 8 He was not the Light, but he came to testify about the Light. 9 There was the true Light which, coming into the world, enlightens every man.
​John 1:5–9 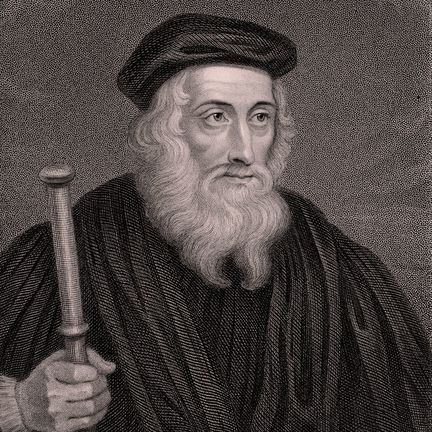 John Wycliffe 1324 - 1384
John chapter 1, of course, is concerning John the Baptist, sent to usher in the True Light, Jesus Christ, who is the Word of God made flesh. But 1,300 years later we see another man named John sent to usher the Word of God again to the world. His name is John Wycliffe. He was not the Light, but sent to bring the Light to as many as would hear him. He was known as the “Morning Star of the Reformation”. John Wycliffe, born1324, in a village called Wiclif, from which he received his family name, was a learned man of England, whose confidence in his native tongue, and by his writing, helped give the English language a fixed place in literature and history.
​The life of John Wycliffe was one of conflict. In 1360, he became an opponent of the Mendicant friars, those who beg, thinking they are earning their way to heaven. Although, these friars, backed by the power of Rome, presented themselves as poor beggars, they in fact lived in luxury. They grew in authority of the people, and elevated themselves to the point that people regarded their garments to contain miraculous powers. Wycliffe opposed these friars openly as well as papal affairs. But because of his status and skill of debate, he was favored by the king of England as his chaplain and the king’s royal patronage and support was bestowed on him. At the University of Oxford, Wycliffe was regarded almost as an oracle. His lectures in philosophy and divinity attracted many to the school, (this is probably the main reason the king favored him). Nonetheless, it was declared that if Wycliffe was summoned before the papal council, he was to be protected by powerful friends at court. And in the Councils of London, 1377 he indeed was. 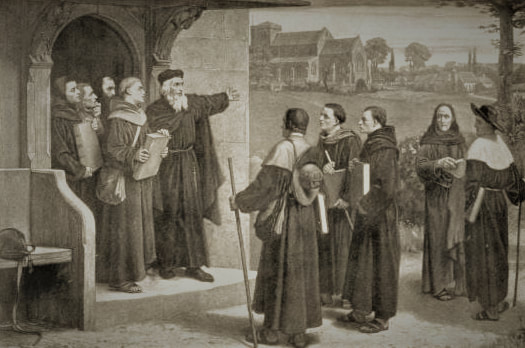 Wycliffe sends his Lollards out two by two
About this time, probably in 1376, Wycliffe began to publish a series of Christian tracts on theology. His main objective, that the Scriptures are the foundation of all doctrine. The Catholic Church, like the Pharisees of the first century, had put their traditions above the Word. Wycliffe, in an effort to bring the Scripture and Jesus to its rightful place, disputed the Catholic Church by declaring the Bible as the foundation of doctrine, and Christ, not the pope, as the head of the Church. God Himself exalts His Word above everything, indeed even above His name, (Ps 138:2). Wycliffe was also the first to call the pope “antichrist”. In his writings, he used words such as “a poisonous weed”, “limb of Lucifer”, and “simple idiot”. He then proceeded to attack the doctrine of transubstantiation, the transformed substance of the elements of communion, when in the hand of the priest, changes to the actual body and blood of Jesus Christ. This discussion would continue for the next several centuries. Martin Luther absolutely believed that the bread and wine surely become the actual body and blood of Jesus, but not in the hands of the priest, but only by the power of God. It was not the priests who had the authority to change the elements, but only God Himself. These outspoken “heresies” as the Church called them would lead to Pope Gregory XI issuing five papal bulls against Wycliffe condemning Wycliffe a heretic.
The last, and most notable work of Wycliffe’s life was the translation of the Latin Bible into the English tongue. Wycliffe was a learned man of Latin, but did not know the original languages of Hebrew and Greek; accordingly, his Bible was translated from the Latin into English. As we discussed previously, there were men paraphrasing and translating Scripture, but for the first-time in history, the entire English Bible is translated word for word and given to the people. However, it was impossible for all to have a copy of this Bible because the Wycliffe Bible, first issued to the people in 1380, nearly 75 years before the printing press, were handwritten, and took about ten months to produce a copy. Because of the scarcity, and most importance of this Holy Book, people would gather together to hear it read, or in some cases, people rented the Bible for a day, or purchased only a single page to have for themselves. But regardless of the difficult logistics, the Holy Bible was now in the hands and the tongue of the common people.
After the production of his Bible, Wycliffe organized missionary teams to embark two by two throughout England preaching and reading the Scriptures in the common tongue. These courageous men and women would read and explain the Bible to the common people, but because this was forbidden by the Church, they would meet in open fields, markets and homes. These followers of Wycliffe, and more importantly, the Word, were given a derogatory name, calling them “Lollards”, meaning “one who lolls around, a “mutterer”. This name, although derogatory, became the name of these “Bible men”, and continued even until the sixteenth century, in which Martin Luther was accused of being a Lollard as well.
​             On New Years Eve, 1384, John Wycliffe died peacefully in his home, suffering from a stroke, three days earlier. It is remarkable that Wycliffe didn’t die as a martyr, and was never even excommunicated from the Church, although I am sure Wycliffe could care less about that. But I mention this because it was the power of God which sustained his life in order for him to produce the crown of his life’s work, the Holy Scriptures in English made available to the common people. It was this heroic event that began to shape the world for the soon to come Reformation, thus he was appropriately named “the Morning Star of the Reformation”.

​[1] The History of the English Bible by Blackford Condit 1896 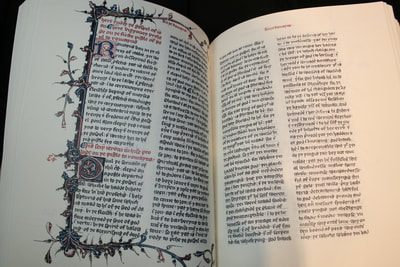 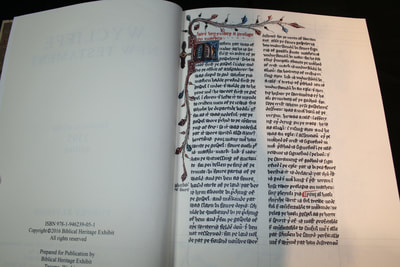 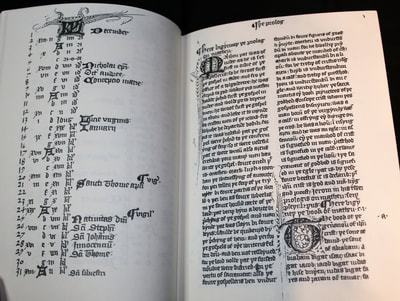 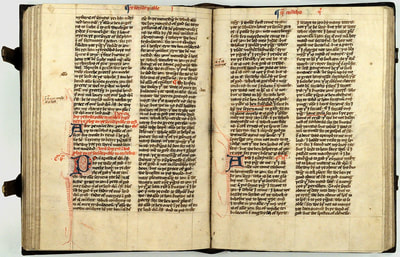 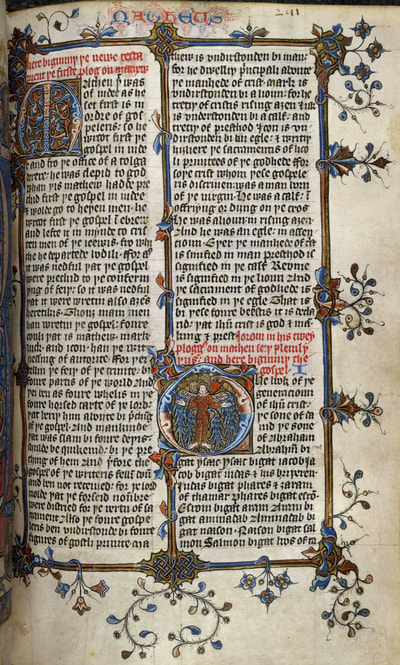