​he Roman Empire, by the end of the 4th Century, had exchanged their universal language from Greek to Latin. Thus, Eusebius Hieronymus Sophronius, also known as Jerome, ventured to translate the Greek Bible to the same. Unfortunately, the original Greek language of the Holy Scriptures was all but lost in the western world, and the Latin Vulgate was deemed the Divine language of the Gospel; to the extreme that anyone who read or translated the Bible from anything but the Latin was regarded a heretic and convicted to the scaffold.
Jerome was born in northern Italy in 345AD. When he was 29, he had a dream that said, “You are a follower of Cicero, not of Christ.” Therefore, for the next three years he committed himself to isolation, living in a cave in the Syrian desert, studying and transcribing the Scriptures. Already fluent in Greek, for that was still a common language in Rome, he learned and mastered Hebrew, the language of the Old Testament.
Before Jerome’s translation, some early translations appeared, but they were poor in quality and did not agree with each other. Thus, Jerome, seeing the errors beginning to increase, wrote a letter to the pope at that time, Pope Damasus. Jerome explained the problem and proposed a solution: “If we are to pin our faith to the Latin texts, it is for our opponents to tell us which; for there are almost as many forms of texts as there are copies. If, on the other hand, we are to glean the truth from a comparison of many, why not go back to the original Greek and correct the mistakes introduced by inaccurate translators, and the blundering alterations of confident but ignorant critics, and, further, all that has been inserted or changed by copyists more asleep than awake?” Damasus responded, and agreed that Jerome produce a new Latin translation of the Bible, one that would throw out the inaccuracies of the recent attempts, and unite the Western church under one uniform Latin translation. 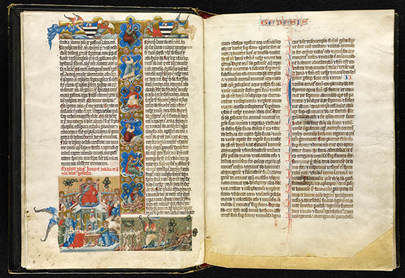 1225 AD Latin Vulgate
Jerome began his work in 382AD. Pope Damasus died in 384 and Jerome moved from Rome to Bethlehem. He used the Septuagint, the Greek translation of the Old Testament, but having a knowledge of Hebrew, and living in the Holy Land, he consulted Jewish rabbis and translated the Latin Vulgate from the original Hebrew. After 23 years he finished his translation in 405. During these 23 years, Jerome also wrote volumes of commentaries on the Scriptures and participated in debates and conversations of the day.
Sadly, through the ages, the text of the Vulgate became corrupt, full of the traditions of men, and the Catholic Church; not interested in the Truth of the Gospel, but for power and wealth, was unfortunately distorted and corrupt.
However, I believe the original translation of Jerome, from Greek to Latin, was a pure translation, produced out of the same heart as Martin Luther and William Tyndale; to bring the Bible to the people in their common language. 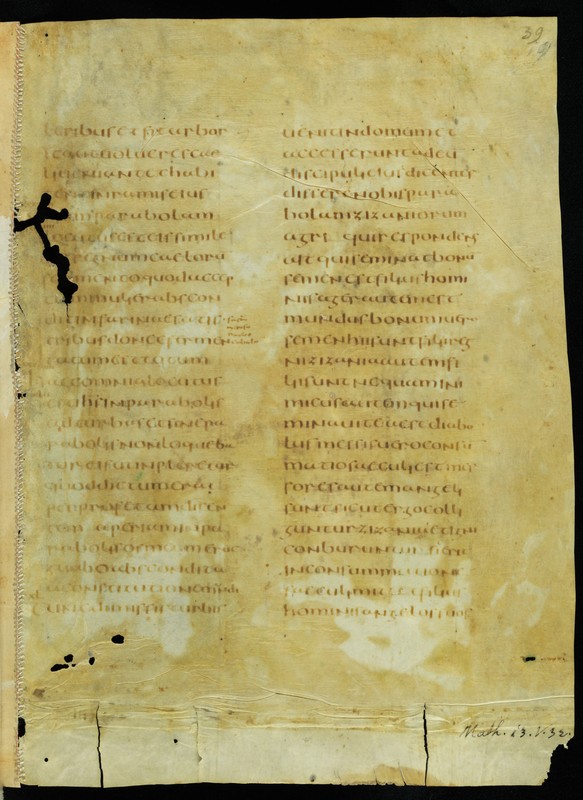