n 1553, Mary Tudor, also known as “Bloody Mary,” came to power in England determined to reverse the Reformation and bring Roman Catholicism back to total power. A large-scale persecution of Protestants began with such ferocity that Christians began to exit England in large numbers. In Geneva, the influx of refugee believers from England inspired John Calvin and Scottish reformer John Knox to help support the production of an English Bible without permission from England or Rome. 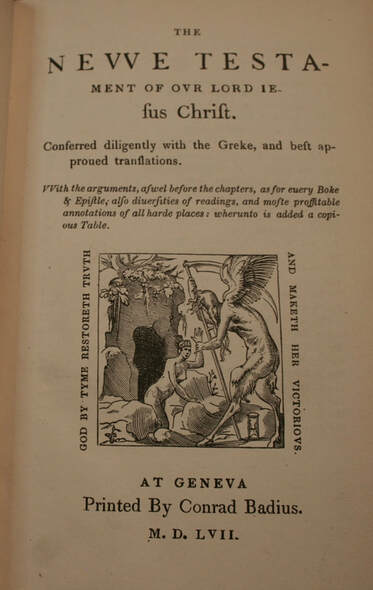 1557 Geneva New Testament Title Page
​Among those who came to Geneva on account of the Marian persecution was William Whittingham. Having escaped England, he took refuge in Frankfort, but there was still trouble, therefore, he removed to Geneva, the center of the Protestant movement and home of John Calvin and Theodore Beza. John Knox, who had fled England to Geneva, received a letter from his wife’s mother still in Scotland. Knox, hearing the distress of his wife’s family, left Geneva for Scotland in August 1555. With the absence of John Knox, Calvin asked William Whittingham to become the successor. Whittingham was the agreed upon scholar of the group of reformers in Geneva, therefore he undertook and completed the translation of the New Testament in English in 1557. This work, like Tyndale, was done by him alone and in exile. A translation, not like those we have seen previous which were approved by the royal crown, but an illegal translation for the people of the Reformation. This 1557 New Testament was the first Bible to contain verse divisions, starting a fresh line with each number, and it was printed in a more readable font.
The 1550 and 1551 Greek text of Stephanus was greatly considered in the translation, as well as the English of Tyndale in 1534 and the Matthew’s Bible of 1537. 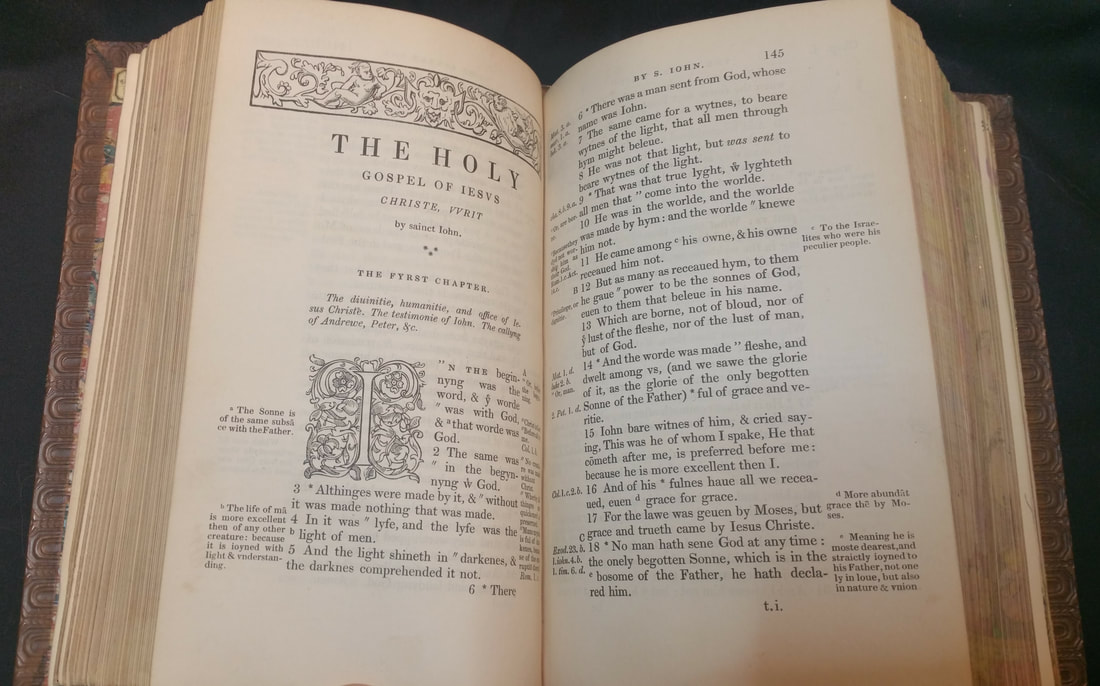 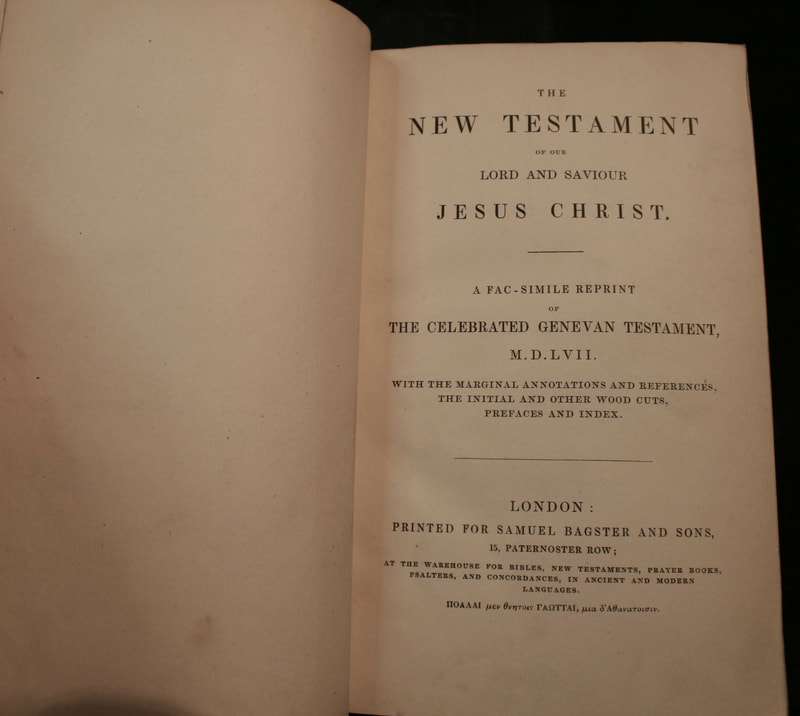 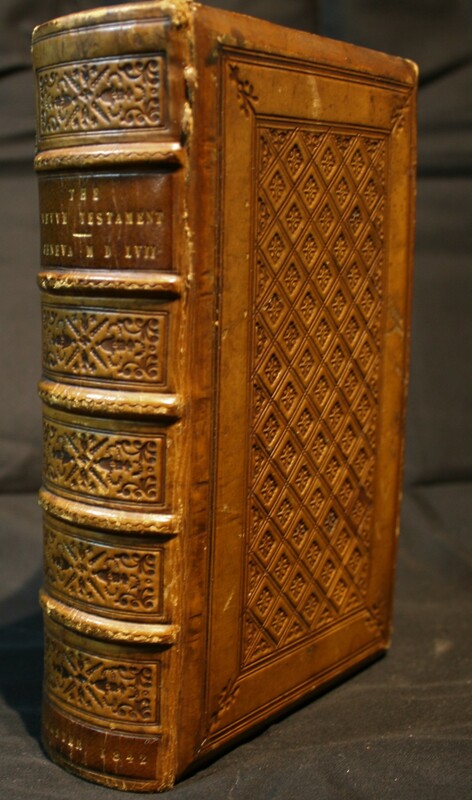 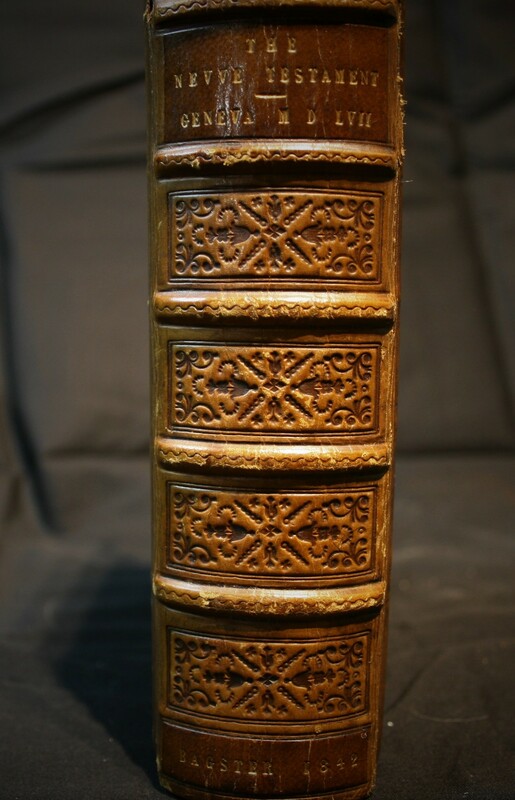