William Tyndale
​The Persecution for the Word's Sake

​​ews had spread of the entrance of the New Testament Bibles to Wolsey. A search ensued for the distributor of these testaments, Thomas Garret. And after a couple months, Garret was arrested, tortured, and thrown in a dungeon among many others, including John Fryth and Richard Taverner. As the search continued for the heretical Bibles, other Reformers were captured and imprisoned, among these were, Thomas Bilney, and Hugh Latimer. 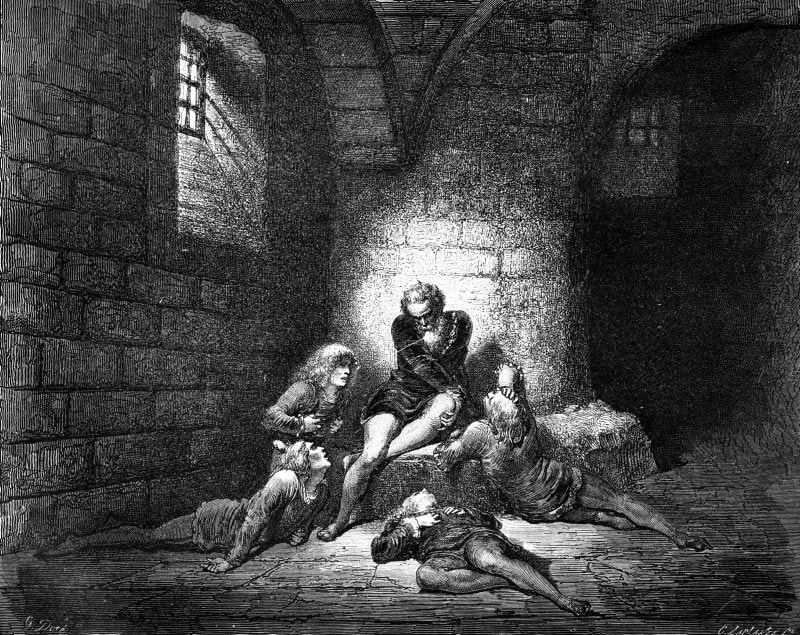 Reformers captured and imprisoned in the tower
In October 24th, 1526, an injunction was issued stating the collection of all these Bibles under the pain of excommunication and suspicion of heresy. Bishop Tonstall in November 1526, preached a sermon against the New Testament in English at Paul’s Cross and the editions that had been confiscated were publicly burnt.
The threats of the church would not stop the circulation of the Bible. Tyndale’s New Testament continued to be printed and smuggled into England. German corn merchants continued to transfer Bibles hidden within their sacks of corn. Wolsey continued to arrest and torture those who were caught promoting the Gospel, but the Word of God would not be constrained any longer.
Wolsey then turned his hunt to the source of this translation, William Tyndale himself. In the meantime, Wolsey, Tonstall, and Sir Thomas More, in 1529, would issue another treaty abolishing the New Testament in English, along with the heretical writings of Luther. But these treaties would only increase the desire for the reading of the New Testament. About this time, Wolsey was degraded of his authority, having lost favor with Henry VIII, and Thomas More took his position as chancellor to the king. The fervent hunt continued for Tyndale who was in Antwerp, Germany at the time translating the Pentateuch with his friend John Fryth.  In 1530, the Pentateuch was published and continued to be smuggled into England.
Thomas More, with his new status and power continued and elevated the persecution of those associated with the Reformation movement. The first of which to suffer martyrdom was Thomas Bilney, who in 1531 was burnt at the stake. The next to suffer was Richard Bayfield, who was convicted of importing Tyndale’s New Testament and the Pentateuch. He was burnt at the stake in November 1531. Sir Thomas Eliot is charged by More with the duty to seize Tyndale. John Fryth, who assisted Tyndale with the translation of the Pentateuch, for some unknown reason returned to England. He was arrested and burnt at the stake on July 4th, 1533.
Tyndale, in the year 1534, was now residing in Antwerp at the house of Thomas Poyntz, a relative of the Lady Walsh. At this time, Tyndale had issued a revised edition of his New Testament known as the 1534 edition. This printing offered some minor changes, of which many are used in our present King James Bible. Some examples of these changes are as follows: