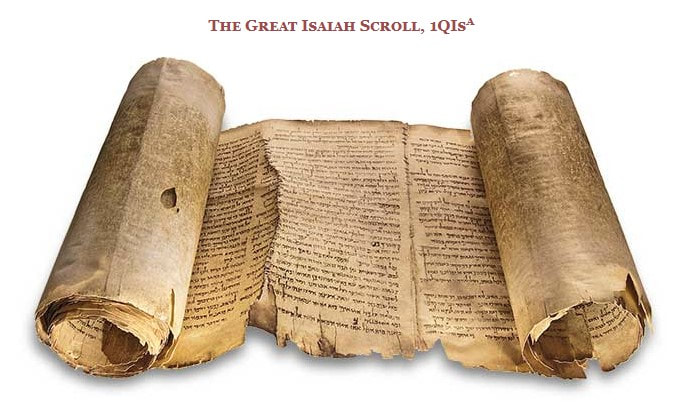 Before 1946, the oldest Hebrew manuscript we had was the Aleppo Codex, dating back to the 10th century. Now we have scrolls dating back nearly 1,100 years previous. How do these two documents compare? The Masoretic text was always the standard for our Old Testament. William Tyndale and Martin Luther both used the Masoretic text to translate the Old Testament, and the birth of our King James Bible as a result. But now that we have new documents to compare, will we find new information that will contradict hundreds of years of theology? Absolutely not! The discovery of the Dead Sea Scrolls only strengthened the authenticity of the Masoretic text. For example, one of the best finds from the Qumran caves was the discovery of the Great Isaiah Scroll; the entire book of Isaiah, intact and preserved perfectly. The text was studied and compared with the Masoretic text. The only major difference between the Aleppo Codex and the Dead Sea Scrolls, in general, is the addition of the vowel pointings, called nikkudot in Hebrew. These pointings provide the vowel sounds that are not present in the Hebrew language and were inserted into the text to standardize the pronunciation of the Hebrew words. This was the purpose of the Masoretes. In fact, mesorah specifically means the diacritic markings of the text of the Hebrew Scriptures. Therefore, it is agreeable that the only differences between these two manuscripts, dated 1,100 years apart, is the vowel markings. What a wonderful show of the strength and preservation of the Word of God. The original book of Isaiah was written in 700BC, and the Great Isaiah Scroll found in the first Qumran cave is dated at 200BC. Therefore, only 500 years separate this scroll from the original. Which means this Dead Sea Scroll could quite possibly be only 2 or 3 renditions from the original authorship. This is solid evidence, proving the Old Testament, we read today, is in fact the preserved written Word of God. ​​
Next Chapter...The Masoretic Text