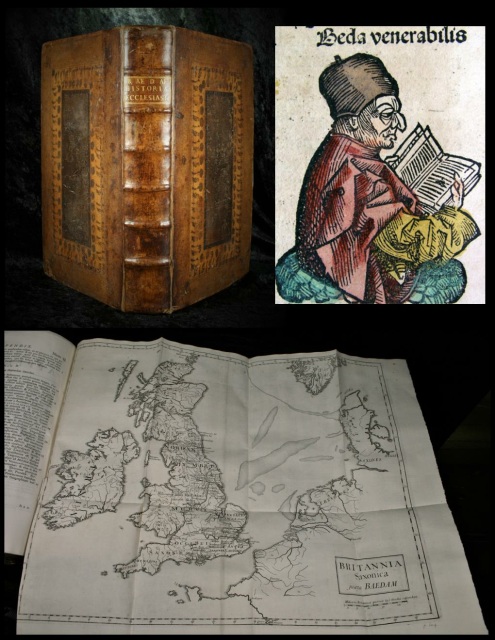 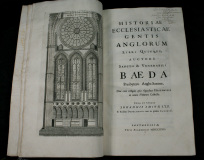 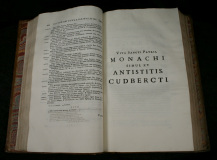 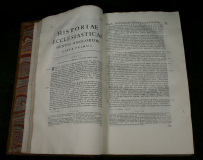 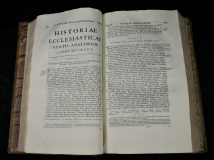 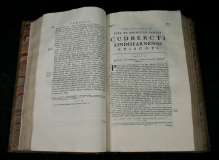 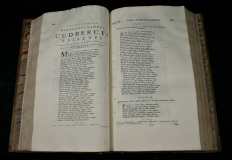 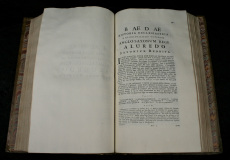 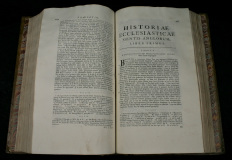 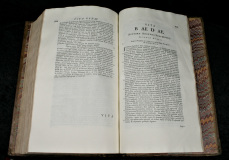 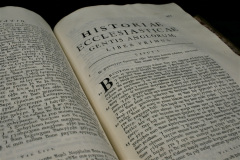 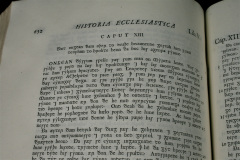 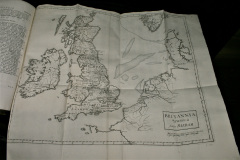 The 1722 Cambridge edition of Bede’s Ecclesiastical History is credited to John Smith, a priest attached to Durham Cathedral, but it would not have come to press if not for the work of Smith’s son, George, who completed the work after his father’s death in 1715.

Smith’s edition in 1722 marked a new era in the history of the book. It was the first critical edition, the text being based on the Moore MS. For the student of Bede this admirable book is of the highest value. Besides the most minute and accurate work on the text, it contains a copious and interesting commentary and the fullest references to the various sources upon which the editor has drawn. This work includes a translation of the "Ecclesiastical History" in the Anglo-Saxon version, executed either by Alfred himself or under his immediate supervision.

Using the MS of Moore, one of the earliest extant versions of the text, donated by George I to the library of Cambridge in 1715, Smith’s edition represented a much fuller sampling of manuscripts. These two, father and son, produced a much better text than had previously been available in print.

Bede's account is the chief source of information about English history from the arrival of St Augustine in Kent in 597 until 731. But Bede begins his history much earlier, with Julius Caesar's invasion of England in 55 BCE. Bede used several other sources in compiling his own account, each of which he acknowledged.

After briefly summarising Christianity in Roman Britain, Bede describes St Augustine's mission, which brought Christianity to the Anglo-Saxons. The work describes the subsequent attempts to convert the different kingdoms of Britain, including Mercia, Sussex and Northumbria.

Bede (b. c. 672, d. 735) was born in Northumbria, and at the age of seven entered the monastery of Wearmouth and Jarrow near Newcastle, where he spent all of his adult life. In the Middle Ages he was famous for the works he wrote on the interpretation of Scripture, on the natural world and on how to calculate the date of Easter.