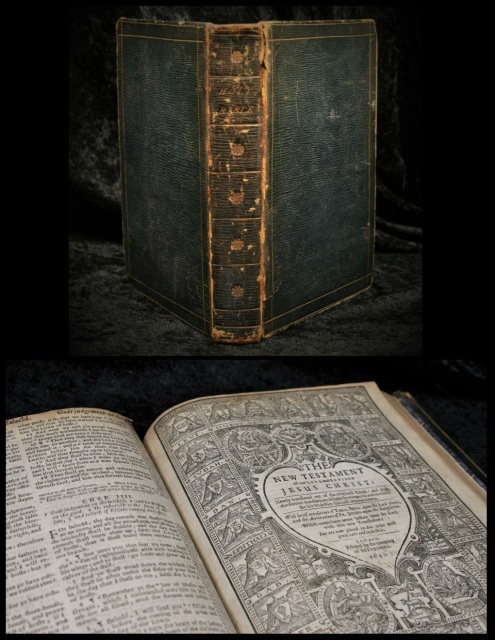 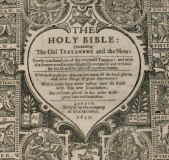 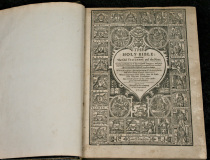 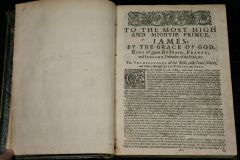 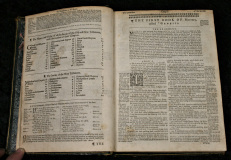 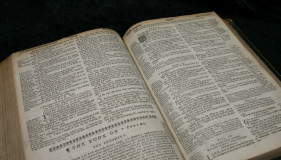 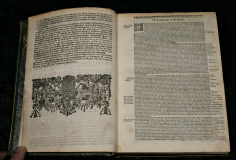 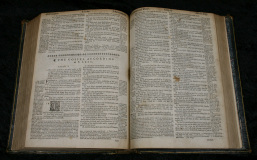 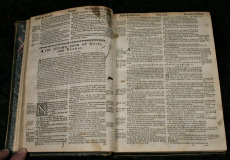 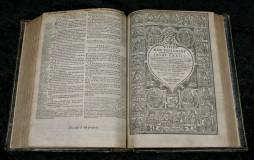 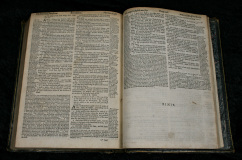 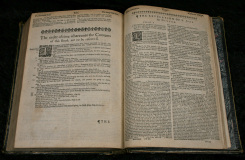 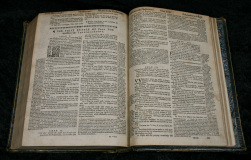 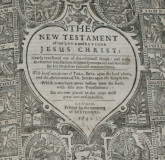 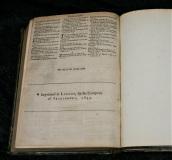 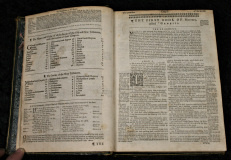 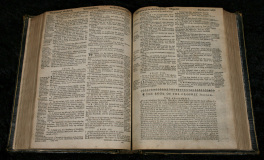 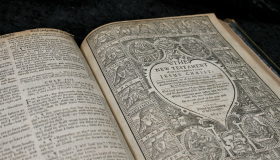 Printed by The Company of Stationers, London 1649

This was a rare combination of printing. Since the printing of the Geneva Bible in 1560, it was the translation of choice for 50 years until the King James Bible was printed in 1611, of which now the King James Bible superseded it and became the favored translation, However, because of the tension between the church of England and those under her who were being oppressed, the Geneva Bible was the Bible the pilgrims brought with them on the Mayflower in 1620. Then in 1649 the two English Bibles were merged into one printing containing the translation of the King James Bible, along with the Geneva notes of John Calvin and Theodore Beza and the notes of Franciscus Junius on Revelation.

A RARE bible and one to be cherished indeed!