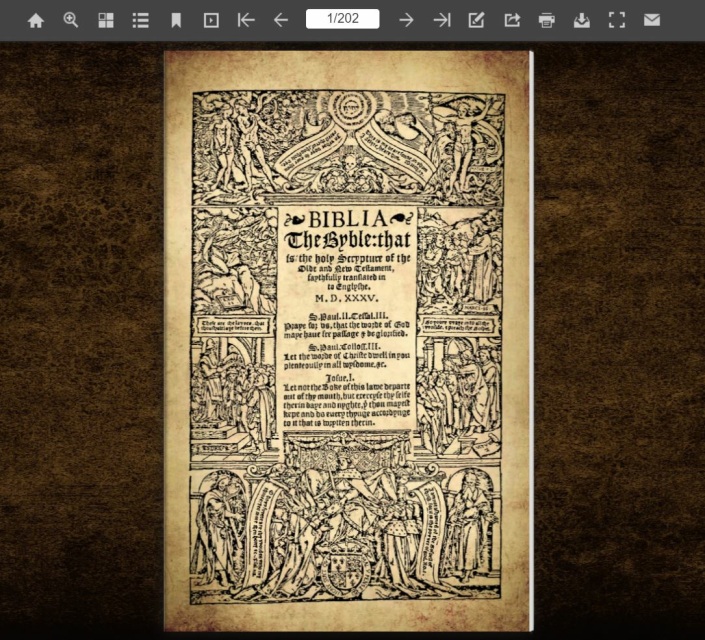 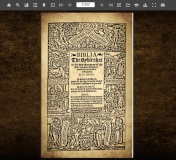 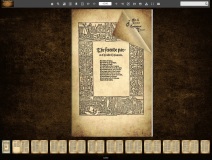 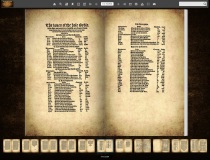 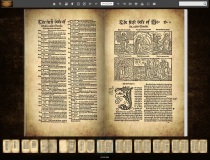 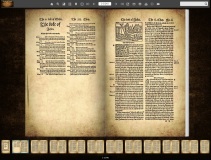 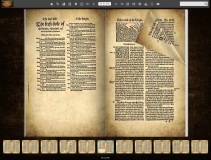 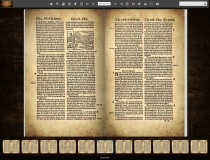 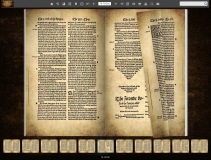 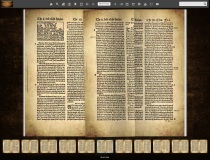 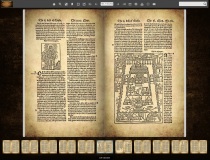 to purchase the entire Ebook, please select "add to cart" above
You can preview this and other exceptional high quality ebooks at the Books of Truth Digital Ebook store.
www.insightoftheking.com/digital-ebooks

If you wish to purchase this digital ebook, please “add to cart” and send us your email address in the message. After the payment is complete, we will send you your digital ebook and download link to access this amazing ebook and high resolution PDF download.

Books of Truth is continually adding new inventory of Christian Antiquarian Bibles and books. Now we are hard at work to build our digital ebook library from this same inventory as well as digital ebooks from the personal library of the owner of Books of Truth.

Please check back regularly as we add more inventory, or if you have any special requests, please ask us.
​
~ Thanks for looking and God Bless ~

History of the Coverdale Bible

Cromwell, being an advocate for the Reformation, but knowing the boundaries of politics, decided to produce the first complete Bible translated into the English language. Tyndale had only a few years previous released his New Testament, but the boldness of Tyndale’s character had not gained favor with the men of political stature. Cromwell saw the need of the Holy Scriptures in the English tongue, therefore using his political clout, he planned to release the English Bible openly to the king. It is presumed that during the time of 1528-1535, Coverdale was hard at work, translating this English Bible at the instruction of Cromwell.
Coverdale used Tyndale’s English translation of the New Testament and also the translation of his Pentateuch, however, at this time, that was all the farther Tyndale had progressed, therefore, Coverdale, not being proficient in Hebrew, translated the remainder from Luther’s German Bible, the Swiss Bible of Zwingli and Leo Jud, and Jerome’s Latin Vulgate. Coverdale and Cromwell were supporters of Tyndale’s work; however, Cromwell knew what type of translation would please the king, therefore, he had a sense of what would be approved for production in England. His translation removed any ties with Tyndale, for having that name on any part of this work would immediately be deemed heretical. Coverdale also left out the objectional prologues and glosses of Tyndale. Additionally, in the same light, Coverdale translated some parts of the Bible which had a heretical tone, into a softer Romish phrase, in hopes that it would be more acceptable. Thus, his translation was undertaken as a compromise, but yielded nothing of Coverdale’s evangelical spirit and still pronounced the Truth. Coverdale was an outstanding poet and litterateur. A man of letters so eloquent that his rhythmic flow would be unmatched. We still use his translation in many of the Psalms and Prophets, including the famous Psalm 23. The poetic flow of this chapter, among others, did not exist until Coverdale applied his pen to these Holy Scriptures.
It was at this time that God was working on the heart of king Henry VIII through his wife Anne Boleyn, Thomas Cromwell, and Thomas Cranmer. It was through the persuasion of these three advocates of the Reformation that enabled the legal production of the English Bible. Coverdale, with the help of Cromwell, wrote a dedication to the king on the front inside page; thus, sealing the favor of the king.
Before the production of the Coverdale Bible in 1535, the king and his church had an urge and an increased demand to produce an English Bible. Being excommunicated from the Romish Church in 1533 (made official in 1538 by a papal bull), and in 1534 the king, through the influence of the three-aforementioned people, commissioned Archbishop Cranmer to produce an English Bible. Unbeknownst to Cranmer, Coverdale was already well under way with this work, however, Cranmer did his best to unite the Word of God, but to no avail. Not having the scholarly knowledge himself to perform this task, he started by dividing the New Testament into nine or ten parts, giving each part to a different learned Bishop of the Church. These men, not being led of the Spirit, resisted Cranmer’s request. One of which, instead of returning his portion after correcting and translating it as requested, wrote to the Archbishop saying, “I marvel what my Lord of Canterbury meaneth, that thus abuseth the people, in giving them liberty to read the Scriptures; which doeth nothing else but infect them with heresy. I have bestowed never an hour on my portion, nor never will. And therefore my Lord shall have this book again, for I never will be guilty of bringing the simple people into error.” Therefore, the effort of Cranmer was all for nought, not knowing that this work, inspired by the Holy Spirit was taking place in secret at this same time.
Coverdale’s work was completed in 1535 and published in Zurich by Christoph Froschauer, the same man who had a few years earlier published the Zurich Bible. The Coverdale Bible was met with great success and it helped awaken the opposition to the Scriptures in English. The Coverdale Bible is significant because it shows the change in England progressing toward the freedom of Scripture, although the Reformation was still being very much opposed, for we must remember that it was a year later in 1536 that Tyndale was strangled and burned at the stake. Tyndale’s last words were a plea to the king that his eyes would be opened to the Scriptures. They indeed were and over the next few years we see the further acceptance of the English Bible in the first authorized English version in 1539 called the Great Bible.